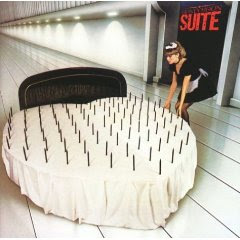 Tim over at Walking the Berkshires has a meme going. He asks "What were the 10 most influential albums of your formative teen aged years?"
Wow! I think this is a great idea. I am hoping one day my kids will read this. It will give them an idea of what I liked to listen to when I was in high school. I think my list is quite eclectic. I was most definitely influenced by the '80s.

As I got older and moved on to my university years, my taste in music changed. I sometimes think I was born in the wrong generation, since I didn't like the music of my generation. Instead I listened to The Beatles, Led Zepplin, Cream, The Mommas & the Poppas, Journey, Van Halen, Boston, Jethro Tull, Kansas, The Rolling Stones, and of course, Jimi Hendrix. There was still one band that was similar to the bands I listened to in high school and that was Triumph - another great Canadian rock band.
YouTube has most of the popular videos from these albums for your viewing pleasure.
It certainly brings back memories.