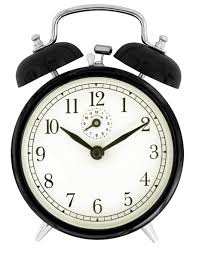 A little over a year ago, there was some major excitement in the the genea-air, as family historians and genealogists, anxiously awaited the release of the 1940 US Federal Census.  A partnership between National Archives and Records Administration (NARA) and FamilySearch had been announced months in advance, advertising the 1940 US Census Indexing Project. Thousands of volunteers were recruited. In fact, you could become an "Indexing Ambassador." The result of all that work and planning has been the creation of a fully searchable, nominal index in less than six months.

Here in Canada, in stark contrast, with only four weeks until the June 1, 2013 release of the 1921 Census of Canada from Statistic Canada to Library and Archives Canada, very little information has been shared with the public. No partnership. No indexing project. No ambassadors. No excitement. No hoopla. Certainly, no brouhaha.

The Library and Archives Canada Blog posted on March 27, 2013 about what information family historians will find in the 1921 Census of Canada. Other than stating that the LAC plans to digitize the census, no mention was made of any sort of indexing project, or how soon family historians will have access to the census images. Furthermore, questions about the creation of a nominal index and partnerships with family history organizations or companies have been vaguely answered by LAC. Yes, LAC is excited about the 1921 Census. However, the only information to-date LAC has shared is that it "intends to provide a nominal index and will be exploring various avenues."

To say the least, LAC's response has been disappointing.

What can be done? Join me, and Lorine of Olive Tree Genealogy Blog, by blogging about the 1921 Canada Census. Leave a polite, well-worded comment on the Library and Archives Canada Blog. (Please, no flaming.) Ask questions, and leave suggestions.
Post a comment on Library and Archives Canada's Facebook page.
Let LAC know that the family history, and geneablogging communities want to be involved.

If we want something done about the 1921 Census of Canada, then we need to let LAC know.