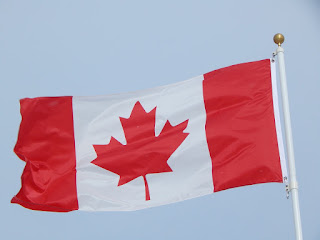 This week the results from John D. Reid's Rockstar Genealogists 2015 contest were revealed. I was thrilled to see many of my colleagues and friends recognized. These genealogists are deserving of their titles.

The original list of nominees can be found here.

Of the England, Scotland and Wales Top Ten Genealogists 2015 80% are actually English, Scottish or Welsh. Christine Woodcock of Canada is Scottish-Canadian. So we can say 90%. And, Dick Eastman is American.

No doubt when the American Top Ten list is published on Friday it will contain 100% American genealogists.

The problem I have is with the Canada Top Ten Genealogists 2015. The top three aren't all Canadian. Thank goodness the #1 and #2 positions were Dave Obee and Christine Woodcock respectively, both Canadian genealogists. However #3 is Dick Eastman. He's American. A great guy and a knowledgeable genealogist. I've met Dick a number of time at various conferences. The problem is Dick is not Canadian and he doesn't blog or speak about Canadian topics. The #4 through #8 positions are American or UK genealogists. Fantastic genealogists all. I personally know most of them. #9 is Gail Dever of Genealogy a la Carte - a Canadian. #10 is Maurice Gleason of the UK.

It's time to get the word out that Canada has more than just 3 rockstar genealogists.

It's time for Canadian genealogists to not be so "Canadian" in letting the world know who we are and what we do.

It's time we are recognized.